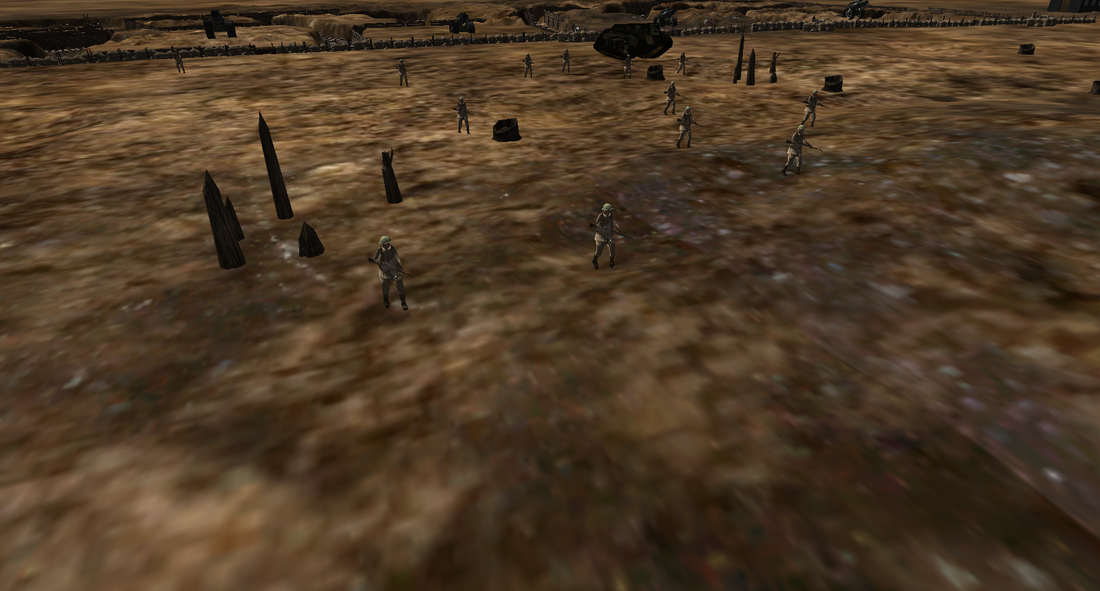 What is the game?
This is a WWI real time strategy game which features conflicts and assets exclusive to the 100 year old conflict.

Why create this game?
This game is being created because we believe that no other game offers the true experience of commanding vast armies on large scale battlefields during the WWI time frame, therefore it is our duty to honor the troops who served in the conflict by educating the masses on the conflict which helped morph the world into what it is today.

Where does the game take place?
The game world takes place in Europe during the Great War era of 1914-1918. As of now, the game will feature both the eastern and western fronts, with the east including the Russian/German front, whilst the western front includes France and Belgium.

What do I control?
The player will command an army of troops respective to the battle being portrayed. He/she will control battalions of troops and artillery while at the same time commanding the army in terms of logistical support (the building of forts, aid stations, & barracks). They will also command an aerial division and a tank division in auxiliary support to the ground attack troops.

How many characters do I control?
The player will control up to 150 units at a time. He/she will control individual units by dragging a cursor over the desired company. The player can then issue commands to the company such as movement, occupational defense and attacks. The issuance of these commands will be selectable via the interface once the units are selected.

What is the main focus?
The player is responsible for obtaining certain objectives during gameplay, such as capturing checkpoints, eliminating enemies, and achieving historically related goals.

What’s different?
This answer is simple, because there are NO other WWI RTS games currently on the market right now. We offer the best possible experience in terms of historical accuracy in terms of trench-based warfare, as opposed to the over-populated litany of “Call of Duty” games which feature little more than the annual reskinning of FPS maps.